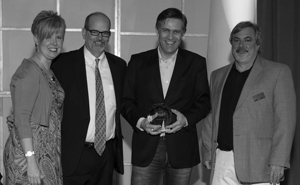 The 2013 APMP Fellows Award, a lifetime achievement award nominated by peers and honoring APMP members who have made significant contributions to the industry and APMP was granted to just two individuals this year: Chris Kaelin and Chris Simmons.

"The APMP Fellows Award is the Association’s most prestigious honor and recognizes the outstanding achievements of individuals throughout the previous year. This year APMP received sixteen nominations. The candidates were selected by an independent panel of judges who evaluated each candidate numerically, based on a number of defined criteria. Despite the number of candidates, only two nominees were selected to receive the APMP Fellows Award,” said Rick Harris, APMP's Executive Director. 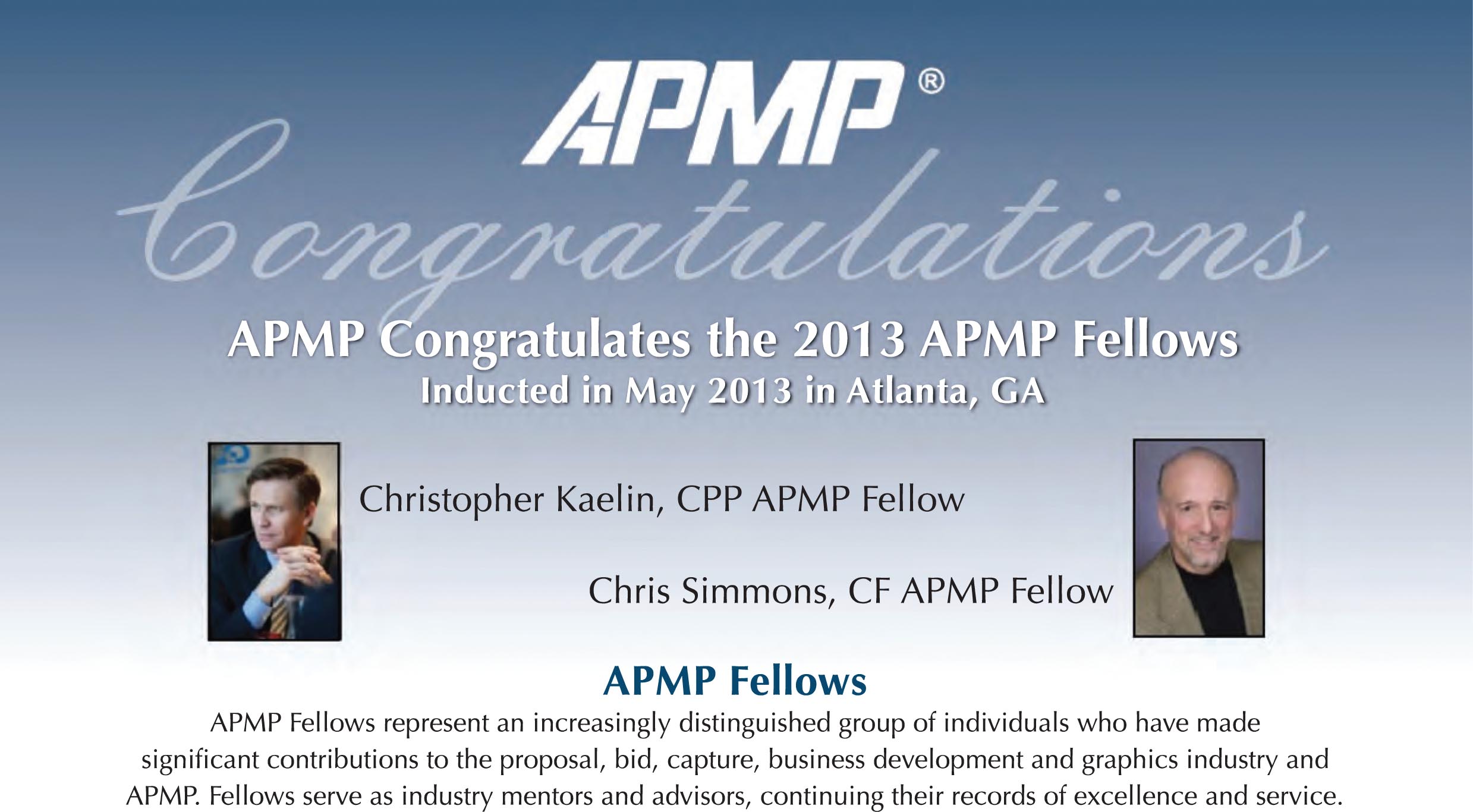 By accepting you will be accessing a service provided by a third-party external to https://www.cskmanagement.com/ 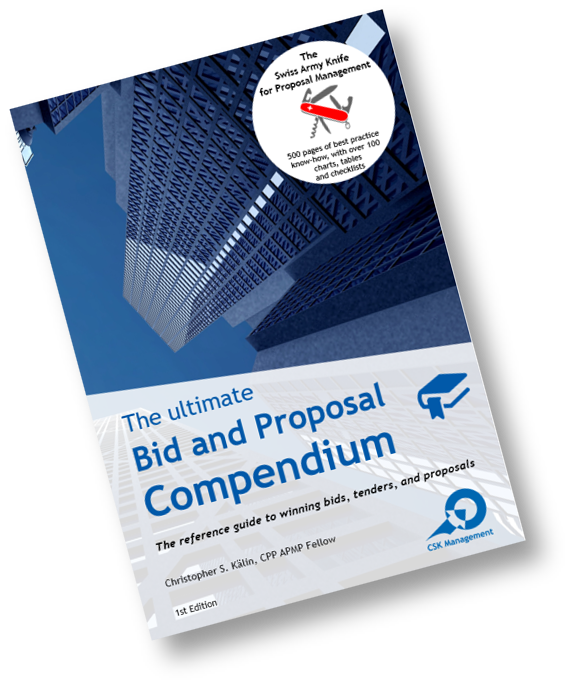 The reference guide to winning bids, tenders and proposals!

Available as paperback and eBook (MOBI or EPUB)

Our course portfolio is out!